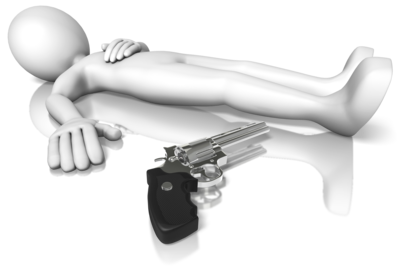 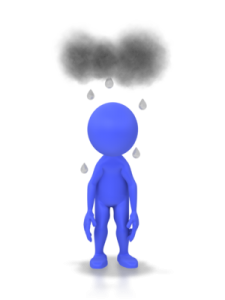 My grandfather was born on May 30, 1933 under the sun sign of Gemini ( ♊ ) and the moon sign of Leo ( ♌ ). The ominous of that day lies not so much in his sun and moon signs but in the fact that his birth fell during the Saturn Retrograde.

With Saturn in Aquarius situated between his 12th and 1st (12 / 1) astrological houses plus Pisces in his 1st house. also serving as his North Node. All of this spells TROUBLE!!!

Add to this, the day he passed away – January 7, 1964, there were three planets in retrograde: Mercury, Uranus, and Pluto combined with his Sun, Mercury, and Mars hanging out in Capricorn. All of which equals  BAD KARMA!

“SATURN RETROGRADE is the signal that you are re-doing a lifetime.”2 In other words, since death is not the end, you considered as entering into a new  incarnation carrying significant weight of specific lessons – both learned and unlearned – from previous lifetimes.

As one source indicates:

You have in prior lifetimes advanced through great personal struggles and sacrifices….a sign of an old Soul who has advanced far on the spiritual path. Now you have incarnated to perfect what you have learned…SATURN RETROGRADE will be serious about getting it right this time.”3

However, Saturn retrograde in one’s natal chart also conveys there was a problem with self-discipline or avoiding responsibility in a former life. For example:

Due to illness, immaturity or disrespect, you may have neglected looking after your loved ones. Perhaps you failed to earn a living to support your parents, or ran out on your partner and children. There will be some lessons or extra effort required this life in order to pay back this karmic debt….

Whatever is stunting your productiveness is what Saturn retrograde focuses on. This could well have been an ongoing problem hindering success over many incarnations. Events or relationships will keep reinforcing the problem area…until you [finally] master it“4

SATURN in the 12TH HOUSE:

“The 12th house is an area of the natal [birth] chart not to be take lightly. This is [an astrological] house that needs work and doing [shadow] work hurts…. [Therefore] people with strong 12th house energy do have amazing empathy and healing ability…. The 12th house of a birth chart is where you lose yourself. There is no ego…. There is nothing but an urge to merge with a divine source of energy.”5

Most importantly, the 12th house is associated with other “houses” (or conditions), in areas such as:

Furthermore, “the 12th house [also] rules secret enemies….Whatever planetary energy you have in your 12th house are unconscious, inherited patterns you’re meant to unravel and constructively work with in this lifetime.”1 In other words, with Saturn in the twelfth house, “one may have sorrows and many disappointments from secret or hidden enemies.”6 ALL OF WHICH PROVIDES THE PERFECT PLACE FOR A JEZEBEL TO HIDE?!? 🎯🎯🎯

Your north node in Pisces represents your soul’s mission and thus fear is a common emotion associated with this placement. With such a placement, one should:

Raised in the Southern Baptist church, I was quietly understood that suicide was wrong. It was sin and guarantee one eternity in hell. With my deeper understanding of God and the purpose of life via Mysticism, I’ve been rethinking a lot of things. No, I am not condoning suicide neither am I encouraging anyone to take such a route of escapism. However, from a metaphysically perspective, I understand the importance of “facing one’s shadows” to clear karma, raise one’s vibration/frequency, etc., so I believe that suicide is wrong because it aborts you from the current reality (incarnation). Whether you believe in reincarnation or not, the lessons you run from now are still waiting on in the shadows.

Erin Pavlina explains it best in The Spiritual Consequences of Suicide:

“When you incarnate you pick your parents and life circumstances. You are, in effect, accepting a role in a play. Then one day…for whatever reason, the role you’ve got just doesn’t make you happy any longer and you want to quit.” She goes on to explain how aborting one’s role (in life) or “quit(-ting) your role without notice, i.e. committing suicide, you leave a gaping hole in your wake.” She continues by saying: “The role you were meant to play is no longer being filled.”

Furthermore: “When you commit suicide you are removing yourself from the play which intersects ten or even hundreds of lives (or more). Prearranged meetings now cannot take place. Children you were going to have now have to find other parents or life circumstances. When you prematurely drop out of the play you leave a lot of people hanging. You can give up your role, but you cannot give up the responsibility you had in that role.”9

NOTE: In case you missed Part 1 of The Resurrection of Nate, you can find it here. Nate is discussed in the chapter entitled Death Became Them, in my forthcoming book: The House of Jezebel: Fulfilling Destiny in Spite of Your Upbringing.