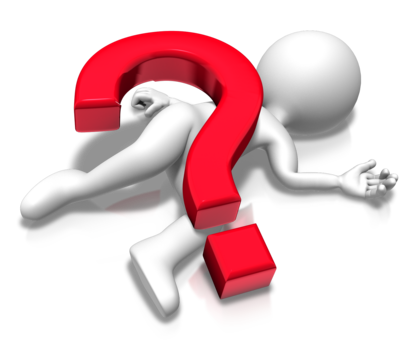 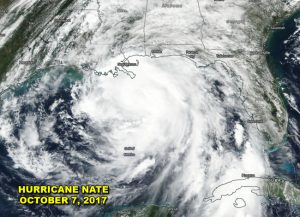 On October 7th, the National Weather Service declared Hurricane Nate as the fastest-forward moving hurricane in the Gulf of Mexico.

Just five days earlier, it was a tropical depression, but within two days it had become a tropical storm. Then two days after that, a Category 1 Hurricane making its first (or two) landfalls at the mouth of the Mississippi River around midnight on October 8th, followed by a second landfall near Biloxi (Miss.) later that same day (evening). 💨🌨

On a personal note: It was only after Nate had reached hurricane status that I took notice of its actual name. Spiritually speaking, my spiritual team (ancestors) were utilizing this “Perfect Storm” to get my attention. Hurricane Nate would be the avenue through which they were resurrecting the memory of my late grandfather, Nate, but why?

Having passed away back in 1964 when my mom was still young, I never really heard much about him. The circumstances surrounding his death meant he was a taboo topic of discussion. I never recall hearing anyone say anything about an upcoming milestone in his memory, such as, birthday, death anniversary – nothing. It was “Oh well he’s dead” as if he never existed. One thing I knew for sure is that as a result of his death, his wife had a *MAJOR* aversion to interior doors being locked in her house. 😨 It was as if she was sure someone else would “secretly murder” themselves without her knowing.

It would be in my adolescent years before a second bathroom was added on and all of were finally “allowed” to lock a door. 🚪 Honestly, if it wasn’t for a few pictures in the living room, I’d never had known that he was a real person. 👻 By my early 30s – a good three to five years after the death of my mother – I was reminded of a brief conversation with her, which is further discused in the chapter Death Became Them in my forthcoming book, The House of Jezebel: Fulfilling Destiny in Spite of Your Upbringing. 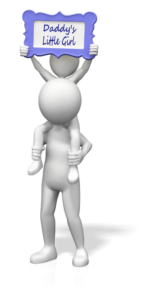 But as a brief recap, check out Death in My Mom’s ‘Horoscope’. 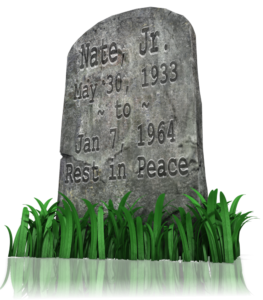 econd oldest of five siblings, Nate was admired by his immediate family. But once he had a family of his own, he had another special admirer – his youngest daughter who was “daddy’s little girl.”

At the age of 21, he enlisted in the military – supposedly having served in the Korean War. Several years later, about around the time when my mom would have been about four months old, he was honorably discharged.

At that same time, he was issued a state-level teaching certificate because during his military time, he was able to earn a Bachelor’s degree. So three years after that, he enrolled in college once again and by the age of 29, he had earned a Master’s degree from what is now known as Indiana State University. At that time, he was already teaching at a local secondary school. However, things would soon change. Within a year, his life took an unexplained turn.

By that summer (1963), he was admitted into the state mental hospital. By the end of that year (Dec. 30, 1963), he allegedly attempted suicide at his home. He would pass away eight days later – supposedly on the same day as his father who died two years earlier.

So why would a young and highly-educated black male with a young wife and two small children take his own life? What – if anything – pushed him over the edge? Do he have a history of suicide behavior? Was he sick? Did he have a brain tumor? Was he possessed? What happened to make him take his own life and leave his family behind?

For decades, the rumors abound. However, the one that seemed to take and remain in center stage was that he did not intentionally take this own life but was likely guided by someone else. It hinted around that he might have been murdered by someone close to him. This – among other reasons – is why I feel led to write The House of Jezebel.

For you see – the time is now to expose the Spirit of Jezebel. For far too long, it has “kill off” many all the young males and silenced the females in my own family.

It’s a spirit that has run rampant for far too long and now is the time for its demise. So instead of asking why, perhaps its time to ask a different set of questions:

THE ANSWER IS FOUND IN MY NAME BECAUSE “I AM THE KEY!”
(JAH-KEY-tha) 🗝

NOTES:
To continue onto Part 2 of The Resurrection of Nate, you can find it here.
Nate is discussed in the chapter entitled Death Became Them, in my forthcoming book: The House of Jezebel: Fulfilling Destiny in Spite of Your Upbringing.