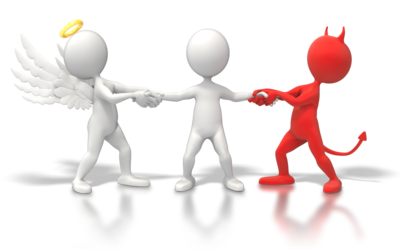 “Woe to you who are in need of an advocate. Woe to you who stand in the need of grace. Blessed will they be who have spoken out and acquired grace for themselves.
…Blessed is one who has seen oneself as a fourth one in heaven.
…Do not let heaven’s kingdom become a desert within you.”
~ Jesus, The Secret Book of James 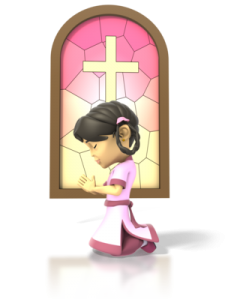 As I enter into 2018, I must openly acknowledge within myself and to my future readers that The House of Jezebel is not solely a book about family dysfunction but also on religious indoctrination. (I’ve already covered this in my third podcast episode subtitled Writing & the Early Christian Church Truths – my findings on the early Church and how this book could no longer be deemed as a Christian-themed title.)

Actually in my narcissistic family environment, religion was sometimes used as a weapon to keep others in line. When convenient, it was freely used as an added layer of control, which made it easy to hide the unexplored areas of my family’s dysfunctional dynamics. Combining religious dogma within a narcissistic family infrastructure ultimately provided justice to no one, especially if there were children present.

Reared in a local Southern Baptist church, below are a few of the religious beliefs and practices instilled in me:

A dogmatic religion is one that does not truly honor the thoughts and feelings of the individual. It is also one that is static, without room for development. Doubt is considered sinful, and contradicting information is screened out. The divine and sacred are seen as derived from outside, with no recognition afforded to a person’s inner resources of wisdom, strength, and love…Ultimately, a rigid religion erodes the natural contentment and confidence with which every child begins life and which every healthy being needs.”
~ Marlene Winell, Leaving the Fold: A Guide for Former Fundamentalists and Others Leaving Their Religion

By the time I reached college and begin “trying out” other Christian denominations such as the Missionary Baptists, Charismatics/Pentecostals, Non-Denominational, etc., some rules fell along the wayside (Rules #4, 6 & 7), while others were acquired:

All of this may sound harsh or some may think I’m bitter or angry. If anything, I’m frustrated with the system but I’m not bitter toward anyone. All of this was a firm part of my belief system for the first half of my life. It took getting pregnant (out of wedlock as the Church explains it) by a then-Male Jezebel for me to slowly wake me up to the unnecessary guilt and shame inflicted through these exoteric “traditions of man.” Looking back, I now realize that what (hu-)man has been trying to convene about God (among other things) simply isn’t true. Then as I began to examine previous drafts for The House of Jezebel through new “lenses”, both my curiosity and research led me to a deeper understanding of God and of the teachings of Jesus.

I’ve now reached a place where I’m no longer afraid to learn from and embrace the spiritual beliefs of others without ridicule or judgment. I can now openly accept someone who doesn’t share my beliefs and that’s okay. We all can be true “brothers and sisters” (in Christ) if everyone took such an approach.

Although I no longer ascribe to modern-day Christianity, I mean no ill will or harm toward those who do, to those who closely adhere to the religious practices and beliefs shared here. Please know that neither I nor my book are anti-gay, anti-God, anti-Jesus, anti-church, or anti-spirituality.

At this present moment, I choose to no longer cling to hurt, defeat, or restrictions imposed by the contemporary Christian Church.

Instead, I choose to unlock the kingdom of God within me. I refuse to allow it to become a desert (within).

I consciously chose to be happy, whole, and healthy outside of the religious or denominational limitations.
I looked around the room. ‘What kind of books are these?’
‘The histories of every nation on earth,’ she told me. ‘As they were though – nothing suppressed.’
‘That must be an eye-opener,’ I said, thinking of the near impossibility, on earth, of trying to establish the literal truth of history.
‘It is indeed,’ Leona agreed. ‘The history books on earth are largely fictional.”
~ Chris & Leona, What Dreams May Come