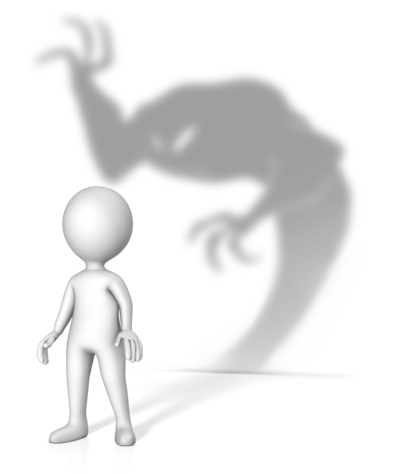 In the forthcoming release of my debut title – The House of Jezebel, there’s a chapter entitled Jezebels in Our Midst.  At its beginning, I share an account of being supernaturally introduced to my [own] Jezebel. Despite having been raised in the church, I still wasn’t all that familiar with the biblical character known as Jezebel. However by high school, I often heard others be disrespectfully called by that name.

SIDEBAR: In the Author’s Preface, I clearly explain how The House of Jezebel does not equip anyone to erroneously label another as a Jezebel. In doing so without true godly discernment means one is operating in his or her [own] ego just as a Jezebel would do. So to those of that wrong mindset – I say: “Get thee behind me, Satan.” – see Matt. 16:23, Mark 8:33

Since I questioned the validity of that divine encounter I had back in 2000, I decided to utilize the World Wide Web in search of answers. (Back then, Internet Explorer and Opera were the only two browsers available.) At that time, I knew nothing of the Jezebel Spirit until I stumbled onto an Internet forum where an anonymous man was sharing how he came to “know” that he too had been living under such evilness. Although my heart bled for him, on the flip side, I wanted to shout from the mountaintops. “Hot damn, I’m not alone!”💃

His particular experience was eerily similar to my own. In his account, his father was sitting in his favorite armchair presumably watching TV while completely oblivious to an ongoing argument in his immediate vicinity. According to the writer, his mother and sisters were literally standing around his father in a hot and heavy debate over WHO HAD MORE CONTROL OVER HIM! 😲 The writer sat there in shock. Completely devastated, he finally recognized “them” as a Jezebel-Ahab familial infrastructure.

Although I share this in greater detail throughout The House of Jezebel, as a kid, I spent years secretly asking others if they “noticed” anything weird or wrong with my Jezebel. 🔍 Surely I couldn’t be the only person who has ever wondered about this, especially since I wasn’t the first generation to have been raised under her “roof”. Having grown up seeing firsthand (and hearing secondhand) how she talked to people that were “beneath her,” I totally understood why she was hated by a lot of people, especially men. So the statement: “Hurting people, hurt people” – is very true.

As long as we are in the Earth place, no one will be exempt from hurting others or being hurt by others. Unfortunately, its apart of our existence. Hell, I’m not oblivious to the fact that I’ve hurt others, especially when it comes to distancing myself to protect my overall well-being. 🆘

But sometimes the “deeper hurts” that we experience are rooted in “past” experiences in our current lifetime. Or perhaps those hurts are hidden in former lifetimes which is exactly why death is not the end ( ⚰ ) despite what is commonly taught in the modern-day Christian Church. So believe me when I say, her shadow side didn’t show for everyone. It would fluctuate depending on factors like who she was addressing, where she was addressing them, who else was present and what was their status.

For example: With some folks, she would be super nice even if deep down she couldn’t stand their guts. On the opposite end of the spectrum, she could be downright rude – sometimes to complete strangers – within minutes of meeting them. (I’m thinking to myself: “You don’t even know this person. What the hell is your problem lady?”) I recall the computer repair man – who happened to be a black male maybe in his late 30s or early 40s – who drove about 1-1/2 hours (one way) to come and service her computer. Initially, she was quite nice to him (and he was polite) but just as he was about to walk of the door, her mouth flew open. Within milliseconds, she had insulted everything about the man – from his clothes to his ride (work van). Not only was he taken aback, so was I. Frankly, I was embarrassed for him (and for me).

Still there were others she “admired” because they unknowingly served as her “community eunuchs”. Even though, they “worked” for her, some of these same individuals treated me – the kid – like dirt ( 💩 ) because they didn’t like her or because they didn’t have the guts to confront her. This was her “run go tell” group. They went out of their way to share anything about what I was doing  – even if I was just standing in the crowd and not even in the middle of whatever was going on. (Now was I always honest – no! But I also wasn’t guilty of everything I was accused of either.) The sad part with this group is that they had no whims helping her “keep a tight rein on me” – the child, while they in turn turned a blind’s eye to what she – my Jezebel – was doing (or not doing).

Like I said in my New Year’s post: In the eyes of a Jezebel, children aren’t people – see Bullet Point #3. Yet and still, there was another much smaller group that only had two individuals in it. These two my Jezebel ALWAYS put on a pedestal. They could do no wrong. However, anyone with “eyes to see” could clearly decipher that one of those individuals openly had no morals. But did my Jezebel care? Nope, her justification was simply “…all men are dogs…” – see Bullet Point #9. 🐕

A Christendom Review of the Biblical Jezebel*

In biblical times, one’s personal name carried a lot of weight and was assigned based on circumstances like the conception or the birth (process) of a child, birth order (lineage), divine encounters, cultural beliefs, celestial events and even based on astrological symbolism.

In essence, one’s name was considered a direct reflection of their personality (or true nature). So in case you haven’t seen my earlier Christian-focused video from April 2015, where I break down the Hebrew meaning of the name of Jezebel, here is it:

Who was the Biblical Jezebel?

As a quick recap: In the Hebrew Bible, Queen Jezebel is portrayed as the wife of King Ahab, monarch of Israel and daughter of King Ethabaal, monarch of Sidon (or Zidon). Having likely been raised as a princess and then marrying into her queen-ship 👑, Jezebel elevated to a top-ranking position among the people of God, which made her a strong, powerful leader. Considered as the most important person in his king’s household, it was uncommon for wives to be active involved in the husband’s affairs. Only one other woman in the Bible is known to have done so and that was Queen Esther.

Unfortunately, Queen Jezebel’s interactions at times caused direct conflict between her husband and the nature. Even when it came down to religious preference, Jezebel used her husband to help her continue in allegiance to her own form of worship by having him erect sacred temples, pillars, and altars throughout the nation on behalf of her gods. This provided a means for her everyone to join her. Unfortunately, as a father figure to his nation, he not only was he responsible for his own actions but also for those of his wife.

Her Name – IYZEBEL – Says It All

Since the Hebrew alphabet does not contain the letter “J”, the closest equivalent is the letter “I”. This means that the name Jezebel would transliterate to Izebel. However, its Ancient Hebrew pronunciation had a “y” sound which further transliterated her name from IZEBEL to IYZEBEL (among other spelling variations).

Unlike the English language, Hebrew letters have literal (or pictorial) meanings as well as a keyword descriptions – as shown in the chart below. Therefore, IYZEBEL was made up of five Hebrew letters as shown in the first column of the chart below. Furthermore, certain Hebrew letter groups (or combinations) produce a richer detailed description. For example: Combining aleph and yud yields “IY” (or ‘iy) which is an adverb meaning “not.” The remaining Hebrew letters produced “ZEBEL” (or Zĕbul), which means “exalted.” But in translating each individual letter and its meaning, we can establish an even clear understanding of the the biblical character and its modern-day manifestation known as Jezebel, which we will examine now.

Have you ever encountered a Jezebel? Or perhaps you would like to share your encounter via our Free from Jezebel Reader’s Forum accessible here?

Feel free to watch the video above and either leave a comment below (if that feature is enabled). or leave your comment in our designated forum here.

*Please note that the above Christian-centered video teaching was recorded in April 2015 and is from a liberal interpretation of the Bible. However, the book takes a Gnostic, metaphysical look. To learn more about why this book can no longer be considered a Christian read, please check out our podcasts available here.