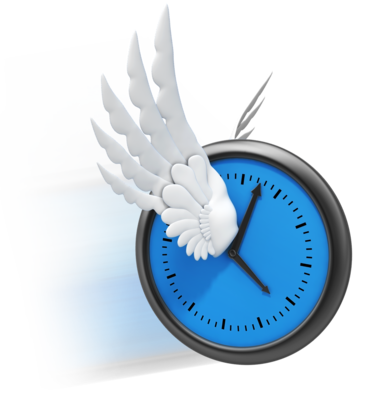 Death is not the end, it is simply walking out of the physical form and into the spirit realm, which is our true home. It’s going back home….We unzip the body, so to speak, let it fall to the ground and walk through the next door clothed in our spiritual form, which was always there within the physical body.
~ Stephen Christopher Dennis

Growing up, no one needed to explain death to me. Actually, no one did. Not even as a kid after my dog, Eloise, was murdered but I won’t even go into that here. 😂 But seriously, no one talked to the adolescent me when I lost my 85-year-old great-grandmother, who had shut down and went within two years prior to – and surely no one bothered to wholeheartedly chat with the teenage version of me after I saw the pastor fall dead in the pulpit. He felt just as the PA announcer was wrapping up the monies report: “…and the grand total raised for today is….” 😱

Sitting in the choir stand behind the pulpit provided a “slow motion” view. Thinking he was about to turn around, I glanced up to see him free-falling backward. At that point, I knew this was not a medical emergency, but he was dying right before everyone’s eyes. At that fleeting moment, I felt he would hit his head on the wooden armrest – you know those “fit for a king” chairs in most African American church pulpits. I knew that if that happened, he would surely be gone. Unfortunately, I can still hear the soft crack of his skull and the air knocked out of his lungs upon impact. 💀

Of course, my Jezebel was at the organ and she jumped up from behind it yelling at me (and my friends) to get out – GO OUTSIDE NOW! An emotionless me turned and stared at her thinking: “For what?!? I already know he’s dead.” By then, I was already quite familiar with death on many levels – not just physical. Besides this wasn’t my first time being near someone when they took their last breath. In the case of my great-grandmother, I was standing right beside her. Since her head was slumped downward, I leaned down to see her face. All I saw were the whites of her partially-closed eyes. I knew without anyone having to tell me – she was deceased.

So I became more comfortable with the dead than the living. As a result, I have only attended one (shotgun) wedding in my life, all other events have been funerals. At one point in life, I preferred funerals over weddings. Now I don’t care for either. Yet at that time, there was something quite significant to me about death but I couldn’t figure out my interest in such. 🤔

Grief Can Be a Joke…

During my college years, I attended a Baptist church that offered several service times on Sundays: 8 am, 11 am, and 6 pm – unless it was a 5th Sunday. The 8 o’clock service was not as restrictive as the others. Actually, if anyone wanted to participate in the Testimony portion of the service, they needed to attend at 8.

I recall an older, short stout dark-skinned woman who sang in the choir. She was a regular at testimonial time. This was especially true if she – in previous weeks – had missed service due to health issues. You see she was battling breast cancer and undergoing chemotherapy treatments which make some too ill to even get out of bed. It was obvious this wasn’t her first brush with death. Yet this time around, she decided against wearing a wig because this “battle” is what she said gave her testimony life. Its what gave it light for others who were going through whatever they may be battling at that time in their own lives.🕯 I guess I was smitten by her because I had lost my mother to breast cancer several years earlier. So there was this spirit about her. She was warm, caring, fun-loving and when absolutely needed – a bit direct – and that so reminded me of my own mom. Although I never approached this lady, I found myself looking forward to whatever she had to share.

When her battle was over, I choose to attend her funeral. Somehow I felt I could capture the essence of her spirit and hold on to that. I was under the impression that her funeral would be a reflection of the light that she elegantly carried within. Instead, it turned out to be the “deadest event” I’ve ever attended. Yes, I know it was a funeral. However, this was the complete opposite. Even the attending pastors – taking turns throughout the service – couldn’t “shake that crowd up.”😴 Sitting in the middle section – several rows behind the family section, the whole environment felt off. Although a few family members were sniffling, the whole ambiance came across as “Can we get this over please so we can call it a day? Thanks!” 😢

Painfully sitting through that “home-going” service, I just wanted to jump up and scream: “What is wrong with you people? This is not who she was. Why are y’all so dead?…” 😡 Perhaps deep down, it was my own ego (or lower self) that wanted things to be handled differently. Now I won’t say I was expecting a sideshow – far from it. I just felt as if her memory had somehow died  (and so had I). 😭

Recently, I had a dream – actually it was the morning of Sept. 12, 2017. In it, I heard a male voice say: “Has anyone noticed the sun is leaking?” Before me appeared a full-frame view of the sun.☀ It was big, bright and breathing hot lava – or so it seemed. Wait? Is the sun leaking? No, no – is it melting. It as then that I quickly realized – this wasn’t a picture of the sun. It was an image of a bleeding heart.💗

At that time, I was burdened by something going at  on my job. As a point of reference, that dream brought me to the disheartening realization that I was in a “place” where “Good people ‘die’….” Later, as I recalled this dream to a friend, I reiterated how “Good people get screwed over….” I went on to share how I felt as if I had wasted at least two decades of my life in a field because it was comfortable, convenient, and safe. I wasn’t “there” because I loved what I was doing. I was tolerating it because this is what I thought I was worthy of.

Obviously, I had long ago died to my own hopes and dreams. (Did I even have any?) On a personal note, I came to realize that  [ctt template=”3″ link=”V0a1Z” via=”no” ] An awakened consciousness creates a desire, a passion for something more…. #thojbook[/ctt] – and I was waking up and had been for the last two years or so. Yet fear and reality – via the voice of Jezebel – was always there tapping me on my shoulder saying: ‘Don’t forget about us. We’ve been “here” for you, remember? [We have always been your source.]

Aside from the emotional heartache, one should be fully aware that dreams typically have deeper (or secondary) meanings. [Always know that the first person you should compare your dreams to is YOURSELF!] So in this case, the secondary meeting centered around someone else experiencing a bleeding heart. It could mean that someone had already died or would soon die.💔  I’d later learn from my metaphysically studies that the sun and the heart are the largest bodies/organs for their respective regions (our solar system/our physical bodies)? 🤔 With that said, it’s safe to say that when either of these fail – whether on physically, emotionally, or spiritually, then death is oh so near. ⚰

Some people die at 25 and aren’t buried until 75.
~ Benjamin Franklin

At this point in life, my views regarding dying and death have vastly evolved. First, I no longer relate to current religious views that enforce we are here for only one lifetime, then we die. As a result of our earthly deeds, we are then sentenced to spend eternity in either Heaven or Hell. 💀 Okay now, that is such a dead concept. Why do people still believe this?

Even “Jesus” lived at least 30 lifetimes under different names.1 And through all of “his” incarnations [lifetimes], he was working toward showing the “…struggling souls around him the path to liberation from the treadmill of karma, rebirth, and maya – the illusion of separation and multiplicity…..”2 Initially, “each of us here in the earth plane entered voluntarily, as a soul seeking fleshly experience in a realm of consciousness apart from God.”3 So when our time comes: “All souls go to one spirit world after death where everyone is treated with patience and love”4  (even Jezebels).

Rudolf Steiner, who was once an Australian esotericist, explains: “During our normal life on earth we are able to change things, to correct what we have perceived or done wrongly. This is no longer so in the spiritual world. There we realized that things present themselves in true or false aspect according to the condition we were in when entering the spiritual world. Therefore, all preparation for a correct insight into the spiritual world must take place before entering that realm, because once we have passed the threshold we are no longer in a position to correct, but are forced to make the mistakes consistent with our own disposition of character.”

Simply put, death is not the end.

Each of us – our souls – will continue to experience death, rebirth and life (reincarnation) until we spiritually mature into a state of Pure BE-ing in which are able to get off the karmic wheel and finally experience eternity as One Collective (or One Body) – remember the scripture: “the Lord thy God is One.”6 Also, “As above, so below….”

“Most of us are still far from perfect beings [even] in the spirit world. The essential purpose of reincarnation is self-improvement.”7

Again, “Death is not the end, it is simply walking out of the physical form and into the spirit realm, which is our true home. Its going back home….”8

Death is a refocusing of consciousness from physical reality to mental – a tuning into higher fields of vibration….

Does a man’s existence change in any way when he removes his overcoat? Neither does it change when death removes the overcoat of his body. He’s still the same person. No wiser. No happier. No better off. Exactly the same.

Death is merely continuation at another level.”
~ Albert, What Dreams May Come9