In my forthcoming book The House of Jezebel, there’s a chapter entitled Jezebels Among Us. As that chapter opens, I share an unexpected encounter from 2000 in which I was divinely introduced to my now-deceased Jezebel. Yep, you heard me right – my Jezebel – the wicked witch is dead! ⚰ May she find rest until her next lifetime 🚼 and yes, she is coming back into the earth plane.

Regardless of her form/state, death is not the end. So just because she’s no longer in a physical body in the Earth plane doesn’t mean she’s gone forever. When death is fully understood by the mass, then all will understand what I mean when I say – for the time being, she’s just on the different frequency. This is important to know and understand because death alone does not bring resolution to problems and issues created and/or left behind by the decedent.  In other others, the death of an abuser doesn’t resolve any pain and memories they bestowed upon their victims. The hurts don’t die with them, it remains with the victim until the victim finds the strength to transmuted into love. The only “inconvenience” provided by one’s physical death is that old wounds are once again torn open, exposing the “pus” of negative thought patterns that still need to be siphoned out for full healing. 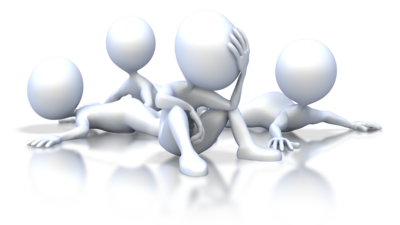 To be honest, I have more sorrow for/toward my Jezebel’s eunuchs then I had for her. I feel sorry for them. As any adult of sound mind, I can’t imagine anyone willingly sticking around and enduring such manipulative treatment for so long, then having that “connection” permanently snatched away them. Unfortunately, the longer you opted to stay in that environment, the longer the mourning process. You may even say to others: “Oh, I’m fine!” But you are not because when you get by yourself, you sense the loneliness of loose puppet strings that she (or he) controlled your through. You forsook your own Divinity and allowed him or her to be your god.

Instead of “searching for me” as a lifeline, you might want to search for the lost (or missing) parts of yourself. Let your Jezebel death free you so you don’t attract another Jezebel. Seek out your own much-needed healing apart from his/her influence. Validate yourself. My story is mine and yours is yours. Simply put, I hold no “help me break from from my Jezebel’s grip” antidote for you. 💉  That’s the inner shadow work that every victim of Jezebel must do on their own!

For my own sanity, I long since opt to depart from the house of Jezebel and wasn’t in active communication with anyone in that area. But sorry, I am not. So, my Jezebel hasn’t leave me overjoyed nor devastated. Again, I prefer to remain neutral in my feelings. Whatever emotions arise, I face them, then I return to my position of being neutral. What I was really hoping is that none of her community eunuchs would come my way. But that’s too much to ask. Within 24 hour, all on the front end and behind the scenes of my social media pages, websites, email, and text messaging – in they came – “looking for a scoop”. 🍨 Well, the only scoop I have you is that I am not her. I am not even the me you think you use to know. I don’t have the time or energy to play games with you. So, whether you’re hiding in the shadows or you’ve come at me direct, I want you to know: “I see you boo boo 👁 and I’m sorry for your lost! I hope you either get some healing or find a demonic replacement soon. However, that’s a Queen’s reward that I cannot and will not accept. 👑 Not today, not ever! So, bye bye to all the Felicia’s (because I really don’t want to be uncivilized and have to block any of you)!” 👋👋👋

I’m often brought to a point I must remind people that they sought me out & not the other way around.

The Art of Identifying a Jezebel

Now, on a serious note… That divine intro, which happened 18 years ago, left me wanting to learn as much as I could about the Spirit of Jezebel. But within a few years, I grew tired of the need for specific signs and checklists to confirm what I had already been told by God. What I don’t believe in – is calling someone a Jezebel out of spite. In my case, I received divine confirmation via a supernatural encounter – a vision plus a literal word (impression) from God – to know the exact “demonic” entity I was dealing with. I have and will continue to rely on the Intuitive Word (Ohm) of Source (God) as my Truth!

Yet through that experience, one thing became quite obvious: [ctt template=”12″ link=”573C3″ via=”yes” ]There comes a time when the Universe opts to pull back the veil so light can expose what darkness has kept hidden.[/ctt] So whatever happened to me during that spiritual unveiling was a blessing in disguise because it allowed me to see the true nature of the woman that had raised me. Someone in the heavens wanted me to finally know what I had been “wrestling” with my entire life because one day I would be helping others break free from such. ⛓

So, with her recent demise, I half-heartedly tried to see if there were any “dots to connect” from an astrological or numerological perspective. Yet I still wasn’t all that interested in finding any particular patterns – just curious! Again, I had my divine encounter from 18 years prior to stand on, so I didn’t need anymore signs and wonders. But I got one anyway. Almost a month after her death – actually three days short of her one-month anniversary, the signs jumped right out at me. The heavens – once again- was choosing to confirm nearly two decades later that my Jezebel – whom I may start calling “the Queen” – really was a Jezebel. So, if you dare to proceed, let’s explore them, shall we?

The Ritualistic Death (& Burial) of a Jezebel

As a quick overview: “the Queen” died on Tuesday, March 13, 2018 “about 4am”. I was finally told about her funeral one week after it happened. According to local newspapers though, her funeral was held on March 20th at the largest venue in town – not a church – exactly a week after her death. She was likely buried that same day at a local cemetery. Now, let’s dissect this:

“Everyone is held accountable for their past lives. Performance is judged upon how each individual interpreted and acted upon their life roles…Karmic payment will come in a future life…The price we pay for our misdeeds and the rewards received for good conduct revolve around the laws of karma. Perpetrators of harm to others will do penance by setting themselves up as future victims in a karmic cycle of justice…Karma by itself does not denote good or bad deeds. Rather is the result of one’s positive and negative actions in life…Our future destiny is influenced by a past from which we cannot escape, especially when we injure others.”
– Newton, M. (1994). Journey of Souls: Case Studies of Life Between Lives. Woodbury, MN: Llewellyn. pp. 51, 56, 70